Virions are released from host cells as lemon-shaped particles, about 120×80 nm, and thereafter develop long tails, one at each of two pointed ends (Figure 1). The tails are heterogeneous in length, reaching 400 nm. They have a tube-like structure with a wall about 6 nm thick. The tube ends in a narrow channel 2 nm in width and a terminal anchor-like structure formed by two furled filaments, each with a width of 4 nm.

Extracellular morphological development of the virion takes place specifically at temperatures above 75 °C, close to that of the natural habitat, and it does not require the presence of the host cells, an exogenous energy source and any co-factors. The average volume of the tailless virion is about 1.4 nm3, and that of the two-tailed virion 6.2 nm3. Conversely, the total surface areas for the two types of virions are similar, about 6×103 nm2. The mechanism of tail development is unknown.

Protein patterns of tailless and two-tailed virions are identical. The virions carry 11 major structural proteins (90, 80, 70, 60, 48, 45, 38, 22, 16, 15 and 12 kDa), five of which are modified at their N-termini. Several of the larger proteins are rich in coiled coil and/or low complexity sequence domains. The 80 kDa protein appears to be modified in two-tailed but not in tail-less virions.

The genome encodes 72 predicted proteins and carries four putative transposable elements, which constitute 8% of the genome (Figure 2). Forty-three genes are estimated to produce leader-less transcripts and 35 genes are organized in 12 putative operons. Several examples of gene duplication and duplication within the gene occur. Putative integrase, AAA-ATPase and an acyltransferase are encoded in the viral genome. No information is available on genome replication.

The virus was isolated from a hot acidic spring (87–93 °C, pH 1.5–2.0) in Pozzuoli, Italy. The host range is limited to autochthonous species of hyperthermophilic archaea from the genus Acidianus The infection leads either to viral replication and subsequent cell lysis or conversion of infected cell into a lysogene. The lysogenic cycle involves integration of the viral genome into the host chromosome, probably facilitated by a virus-encoded integrase. The lysogeny can be interrupted by stress factors, e.g. UV-irradiation, decrease of temperature. 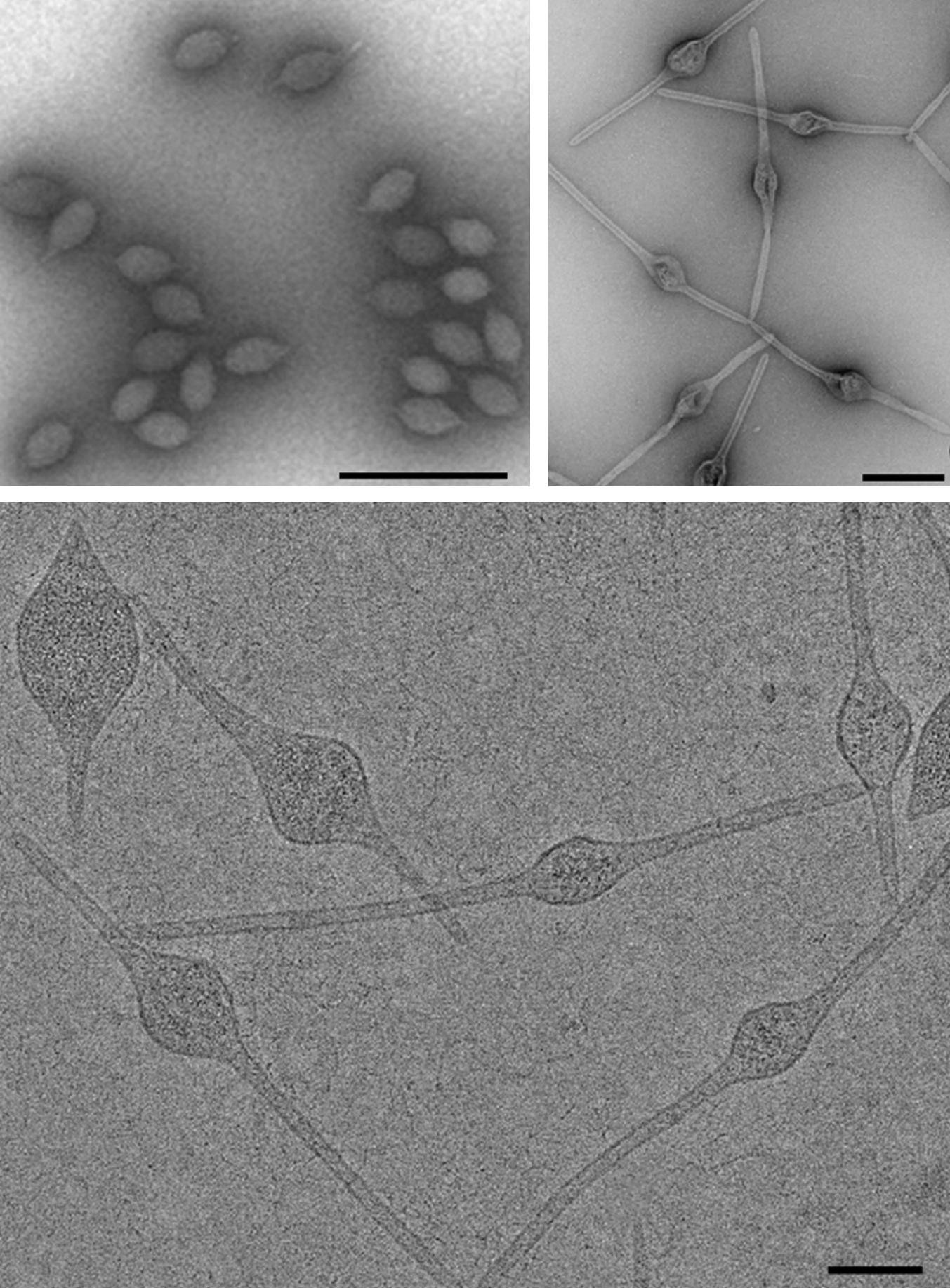 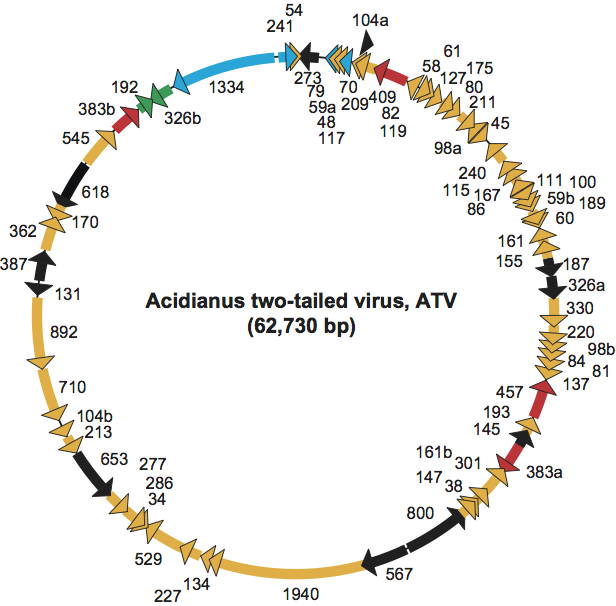