Plant viruses with four components of negative sense ssRNA and enveloped spherical virions. They are only distantly related to other ssRNA viruses.

Virions are approximately spherical and enveloped with diameter 80–100 nm (Figure 1).

Four segments of negative sense ssRNA of approximately 7.0, 2.3, 1.6 and 1.4 kb. All four RNA ends are fully conserved in a stretch of 13 nucleotides (nt). The 5′ and 3′ ends of each RNA are almost fully complementary over a sequence of between 19 and 23 nt.

There is a nucelocapsid protein of 35.1 kDa and it is likely that a glycoprotein is integrated into the viral envelope.

Each segment of the genome encodes a single protein translated from the complementary strand. The largest segment (RNA1) encodes an RNA polymerase (266 kDa). RNA 2 encodes a glycoprotein precursor (75 kDa) that is predicted to be cleaved into products of 52 and 23 kDa. The nucleocapsid protein (35 kDa) is translated from RNA3 and an unkown protein of 27 kDa is the predicted product of the ORF on RNA4 (Figure 2).

The virus is associated with, and the probable cause of, a leaf mottling and ringspot disease of European mountain ash (Sorbus aucuparia). It can be transmitted by grafting and there is some evidence that it may be naturally transmitted by mites.

* Probably an incomplete RNA3 sequence containing the C-terminus of the nucleocapsid protein.

The genus Emaravirus shares some similarities with viruses belonging to the family Bunyaviridae and the floating genus Tenuivirus. The segmented genome of emaraviruses is of negative polarity. Based on a comparison of the amino acid sequences of the conserved RdRp motifs, highest similarity can be found with the plant-infecting genus Tospovirus and the orthobunyaviruses within the family Bunyaviridae. In addition, the 3′ and 5′ ends of the genomic RNAs are complementary and their conserved sequence resembles that of the genera Orthobunyavirus and Hantavirus (Bunyaviridae). However, the number of genome segments (at least four) distinguishes the genus Emaravirus from bunyaviruses and sequence analyses do not allow classification within either the family Bunyaviridae or the genus Tenuivirus. 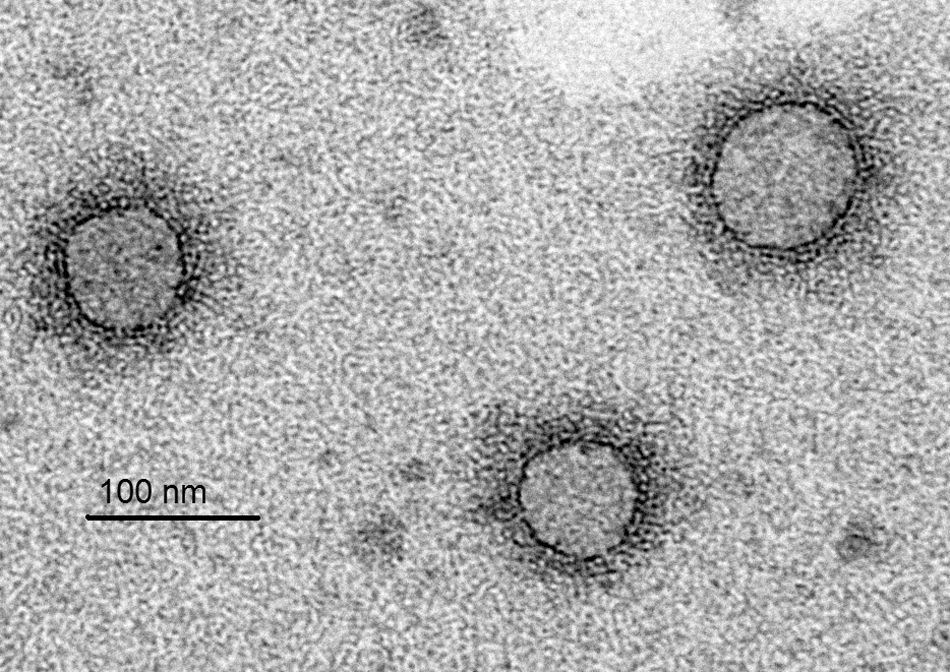 Figure 2 Genome organization of the Hamburg isolate of the species European mountain ash ringspot-associated virus. Green lines represent the virion-sense RNA and black lines the virion-complementary sense RNA, from which the proteins shown are translated. Gn and Gc are the two putative glycoproteins cleaved from the precursor molecule. N is the nucleocapsid protein. 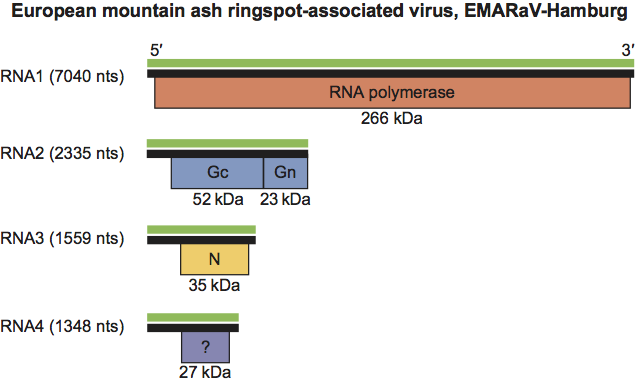