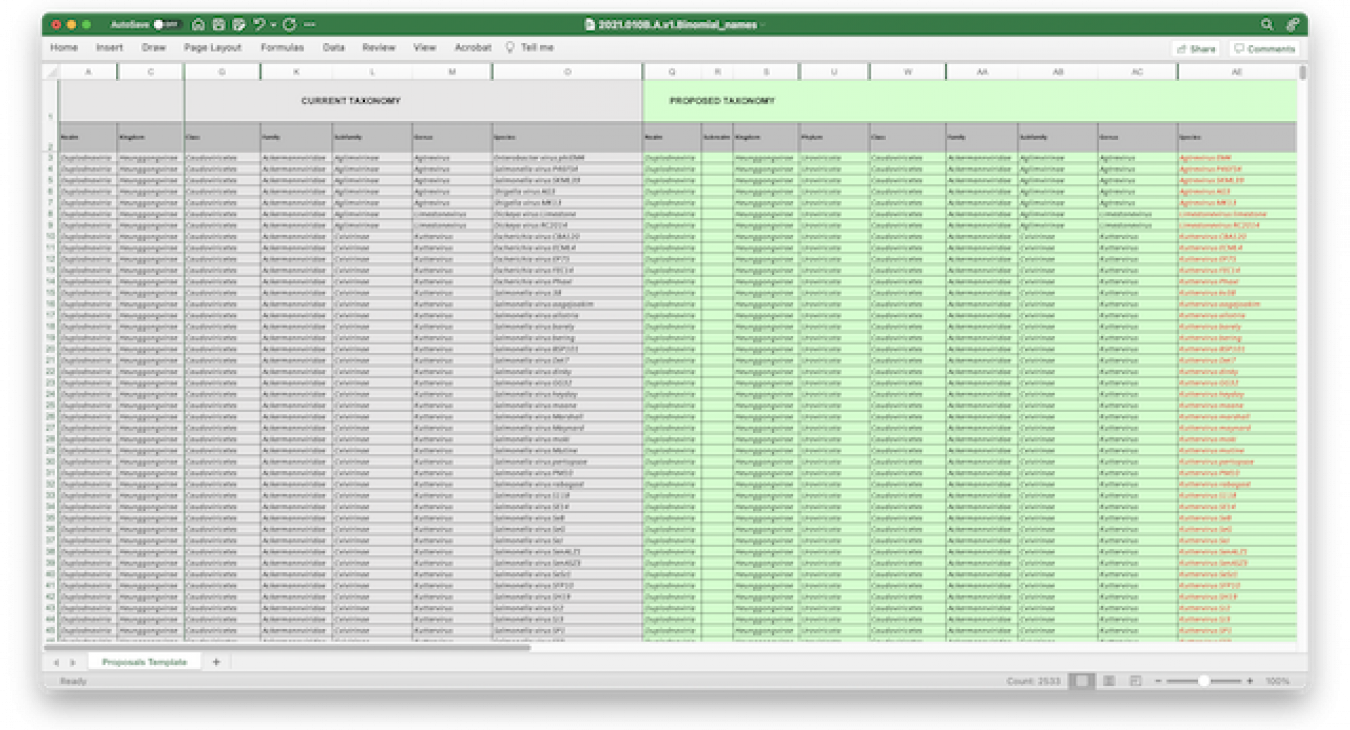 Ratification of proposals approved by the EC in July, 2021 is underway

The process of ratifying the next update to the ICTV taxonomy is underway. ICTV Members (consisting of Executive Committee (EC) Members, Subcommittee Members, Study Group Chairs, Life Members, and National Members) are currently voting to ratify the proposals discussed and approved by the EC during its 53rd meeting in July, 2021. The EC has approved 172 separate proposals describing thousands of proposed taxonomic changes for consideration by the ICTV membership.

Copies of the proposals can be found at https://cms.ictv.global/files/proposals/approved.

Copies of proposals to be considered at the next meeting of the EC can be found under Pending Proposals.